In a deft juxtaposition of contemporary elements with traditional pieces, Vicente Wolf brings out the best in design

Along with bringing out the best in every table, lamp and artifact was the primary goal of creating the right environment for a couple with two young children. Having purchased an ailing Victorian in Greenwich’s desirable Belle Haven community in 2011 for the clichéd reason of “good bones,” the owners hoped to preserve the architectural integrity on the outside while updating the interiors. “Our architect has this deep knowledge of Victorians and he worked really hard to save things like the original stonework while dealing with structural problems,” says the wife, who then relied on builders Doron Sabag and Jim Hoffman of SBP Homes to finesse the details.

According to the builders, the original house constructed in 1900 had undergone several previous renovations. By the time the current clients purchased it, the house suffered from years of neglect. “It basically needed to be reframed from inside out—rather than the other way around,” Hoffman explains. “It was difficult but we were able to satisfy the client’s zero tolerance for sagging and swaying that is typical in older homes.”

In conjunction with Margeotes, they also reworked the entry staircase.

“The staircase sweeps up to the second floor from inside the front door creating an impactful moment upon entry to the house,” Hoffman adds.

THROUGHOUT THE HOUSE, THE COMBINATION OF DISPARATE OBJECTS, REPURPOSED FURNISHINGS FROM A PREVIOUS HOME, AND CUSTOM ITEMS KEEPS YOU GUESSING ABOUT WHAT’S NEW AND WHAT ISN’T.

About his ability to deftly merge past and present, and to mix elements others might deem too unlikely to be together, Wolf says: “It all happens organically. I don’t think about it, it’s not intellectualized, but it all just sort of makes sense.” 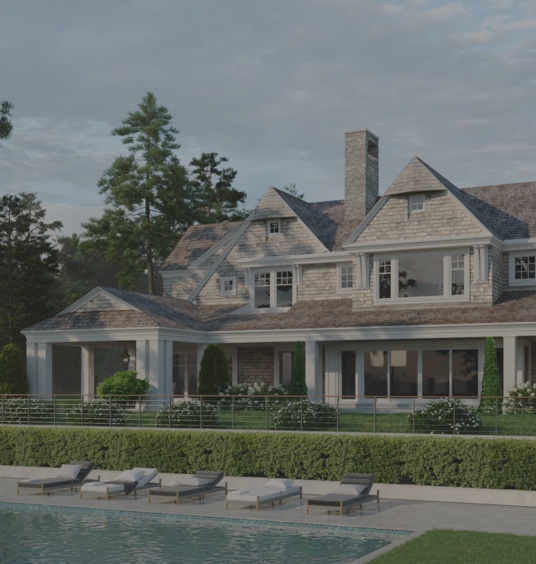